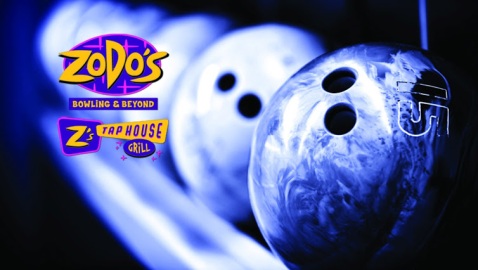 It was midnight when we decided to go bowling. The only open alley was over thirty miles away but Scott, Andy, and I were bored enough to make the drive, with or without the guarantee of a lane.

As we pulled into the Zodo’s parking lot, I saw a jagged neon sign, glowing purple and gold with promises of late-night good times. The place was packed. Andy grumbled under his breath, parked the car, and then led the way into the night club-style bowling alley.

Inside, the hip-hop was loud, intoxicating. College students swarmed the bar and tables like flies to fresh road kill. Top-heavy girls wore slinky blouses and short jean skirts. Heels added height. Bracelets: a touch of glam. One twenty-something in a low-cut tank bent in the direction of a tan blonde boy. Everyone was carefree and reckless. These were the best times of their lives.

Scott ordered a drink and slid in between two girls too young to yet understand his game. Andy and I changed our shoes and alternated playing Scott’s turn. Scott won.

More bored than before we arrived, Andy and I peeled Scott off a spray-tanned brunette–him swearing he’d find a ride if only we’d leave him there. He relented after a smoke, and we drove home in silence with our windows open to the arid summer night, each of us defeated by our respective weekend expectations.

The vineyard owner lived under a corrugated tin roof with his young son. Sheet metal and two-by-fours served as their home. Insects scuttled through the three-inch crack between sliding door and wall—where at night, a rusty padlock hung.

Their house resembled a makeshift shed from the outside, and from the inside it looked much the same. The walls and floors were bare. No paint, no rugs. A wooden divider separated the kitchen from the main room where the man and his son sat with their stew dinner watching Pirates of the Caribbean on TV, getting up for seconds during commercials.

Cody the Grower wore a dirty jumpsuit as he staggered into the living room. He was barely 30 but moved like the walking dead. A patchy beard mottled his face, obscuring his sunken cheeks and aging him at least ten years. I saw him as my emaciated grandfather, dragging his oxygen tank behind the garage to smoke hidden cigarettes.

That morning Andy and I had driven the forty odd miles south from Santa Barbara to Oxnard to see Cody’s two “daughters,” and to take care of some business for the housemates.

We waved hello to Cody’s other visitors before following him through the sunless apartment. I imagined a pair of brunette pixies napping in a back room, spindly and pale with long straight hair.

Through the cluttered kitchen and around a corner–the walls hung with frameless pictures of plants and naked women–we came to a door with a sign warning us not to enter. Cody turned the handle and I saw that his daughters were not, by my definition, what I had expected. Inside was an ersatz grow room housing two large cannabis plants—Ms. Morning Glory and Lady AK-47—the flourishing offspring of one man’s paternal hands. Cody stood taller as he showed them off, pride in his ashen eyes.

He took out a cigarette and lit it, guiding us back through the kitchen. The daughters were for show only. Not mature enough yet, he said with a laugh. We’d get to the pills, but first he wanted to play us some music. Andy and I sat next to Cody’s friends while he demoed his private mixing studio. The thin apartment walls rattled with house music. Cody added strobe lights while scratching and mixing and sliding a series of switches on his equalizers.

After twenty minutes of this he finally turned off his amp and lit another cigarette. He took two long, deep drags in a row and then joined us in the living room, taking a stiff seat on a queen-size bed centered beneath a ceiling mirror.

Two small baggies were passed across the room. In one: three oranges, the other: blues—their stamps intricate and no bigger than a freckle. His guy would be back next Tuesday, he said. He could offer us so much more then…The men shook hands and then Andy and I took off. As we drove along the coast, I rolled down my window and breathed in the ocean air. Out here, it seemed, you either got too much of it, or not enough.

It’s January and I’m sleeping in my jeans on a stranger’s floor. Well, not so much sleeping as scanning. Scanning my fiancee beside me. Scanning the floors, the walls, the furniture. By the room’s primary decor, I see that at least one member of this household is more than a fair-weather NASCAR fan.

My first trip to another hemisphere starts with a pre-flight night at a classmates’ mom’s house in Lincoln, Nebraska. My fiancee, Derek, and I are taking advantage of our university’s New Zealand trip, and since we’re from a town with no shopping mall, let alone an airport, arrangements like this are a necessity.

Beside me, Derek breathes steadily from inside his sleeping bag. Apparently he was able to ignore the musty scent of cat hair and stale cigarette smoke mingling in the carpet under our heads. The noxious smell mixes in my travel-anxious stomach with my last meal. Breakfast may not happen. And with a 12-hour trans-Pacific flight looming in the near future, I’ve come to terms with the fact that it’ll be a couple days before I get any significant sleep.

Looking up at the shadowy TV stand before me, I wonder at the variety of huddled NASCAR coffee mugs. Were they ever meant to be out of the cupboard and on display as a room’s focal point?

I turn to look at Derek, who’s separated from me only by the closed zippers of our sleeping bags. His face is relaxed and I think, This is going to be okay. This will be a trip I won’t ever forget.